Opening and Dedication of the Helen Pammenter Room 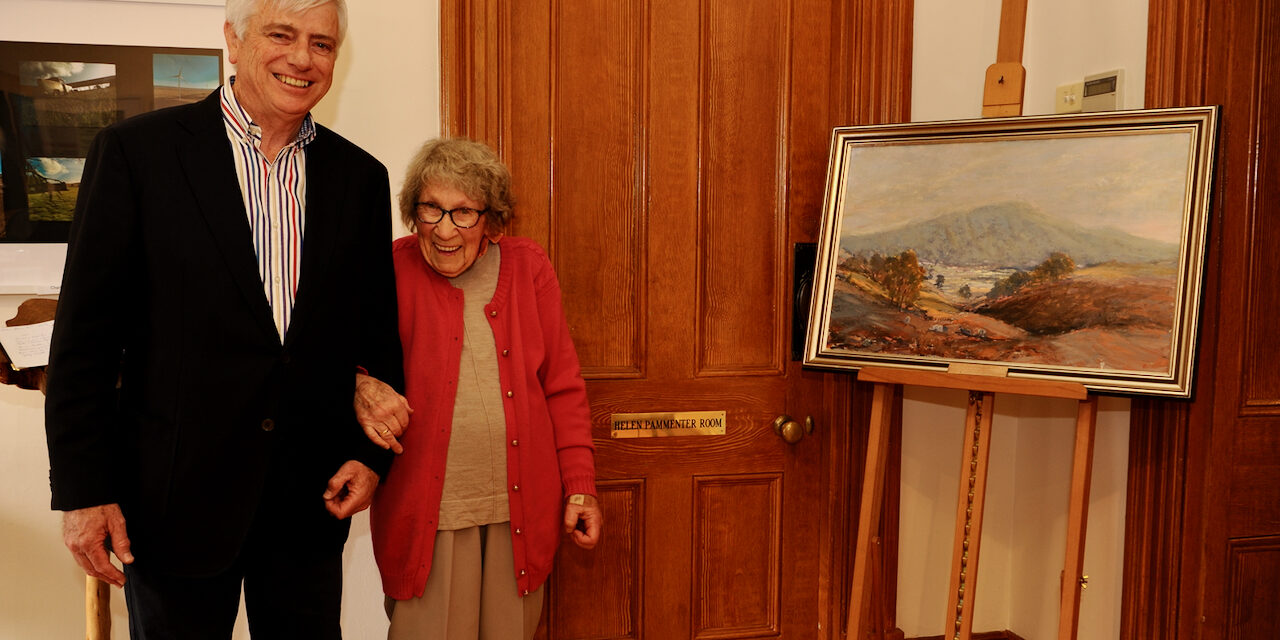 On Sunday 6th December, Helen Pammenter’s family and friends, together with the Belalie Arts Committee, gathered at the Belalie Art Gallery to open and dedicate the Helen Pammenter Room; and to honour her by naming her Co-Patron of Belalie Arts Society. Helen did not know about these honours, and she was overwhelmed, but pleasantly surprised to see the group that had assembled. She was also presented with a beautiful bunch of flowers, to remember the occasion. Committee members provided a delicious afternoon tea. It was lovely to celebrate with several generations of her family. In a heartfelt speech, Helen emphasised the importance of Art in her life.

Helen was an inaugural member of the Jamestown Art Prize Committee, which began in 1985 and preceded the Belalie Arts Society, which was formed four years’ later. Helen initially held the position of Publicity Officer and continued for many years on the committee and gallery sub-committee, actively encouraging and mentoring people of all ages to try painting, in a variety of mediums. Several local artists attribute their interest and involvement in painting to Helen’s encouragement.

She is a talented artist who has contributed to many exhibitions, winning the Baker-Young Prize in 2000, and also regional Art Prize competitions up until recent years. Some of her works have been acquired by the Gallery and numerous paintings by her hang in homes, both locally and interstate. A member of the Bundaleer Festival Committee over it’s entirety, Helen was the driving force in attracting artists to entertain as people contemplated along the Maple Walk. A highlight of Helen’s contribution to the arts and as part of the South Australian Living Artists Festival in 2017, her work was showcased in a highly successful exhibition, which completely filled the gallery with her amazing collection.

Thank you to Clive Palmer for taking photographs at this important occasion.

Back to Belalie Cricket Bash
February 3, 2021

20 Years of Caring for the Medical Needs of our Region
February 3, 2021