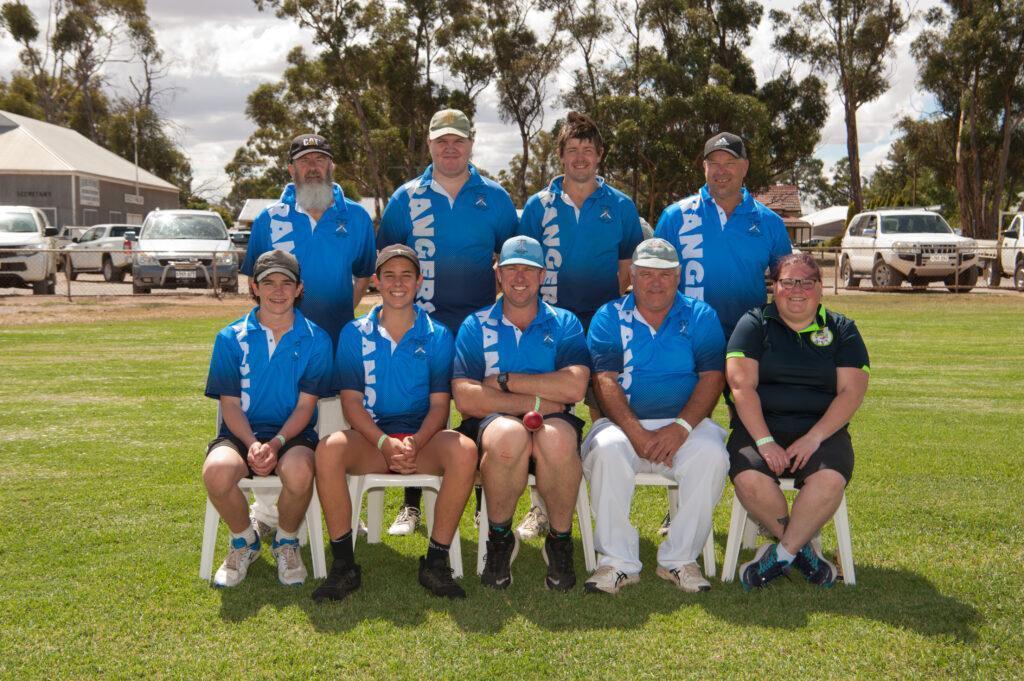 The Back to Belalie Cricket Bash was held at Victoria Park on the 20th of March, kicking off the celebrations for Jamestown’s 150th year. Despite the number of finals for various sports being held over the weekend across South Australia, the J150 Committee were extremely pleased with the attendance of 400, rating it as a huge success.  Representative teams were submitted from each of the former six Belalie Cricket Association sides, made up of two under 18’s, two 18-30’s, two 30-50 year old players and two over 50’s.

The cricketing entertainment was spectacular with plenty of big sixes and a number of amusing moments, mostly involving age and hamstrings. That said, the punters ring were disappointed that despite very short odds, both Donald and Ben Home walked from the field without a classic “Homestring” moment.

The Bundaleer side took home the SACA “Back to Belalie Cricket Bash” Trophy for highest net run rate. Individual awards receiving a $50 voucher from the Railway hotel and included:

Player of the day: David Boulton (Bundaleer) for a 22 not out and 0 runs taken off his bowling.

Encouragement Award: Anthony Beyer, hopefully with a bit of physio he can go on to bigger and better performances.

Honourable mention to Adam “Spin” Duke for a classic display of bowling off his long run and a batting display that suggested he should still be playing competitive cricket.         Continued on Page 3

The WSB catching competition provided substantial crowd entertainment and a valuable financial boost to ten community organisations in Jamestown. The $2,000 donated was distributed to organisations that have missed out on fund raising opportunities through the Covid-19 pandemic. The recipients were the Jamestown Swimming Club, Jamestown RFDS Committee, Bundaleer Motorcycle Club, Jamestown Development Association, Jamestown Gymnastics Club, Jamestown Show, Pageant Committee, Apex, RSL and J150. The strong contribution to the Jamestown Community by WSB Distributors is greatly appreciated by all and this event occurred only a few weeks after the ten year celebrations for their Jamestown Branch.

A series of athletics events for all ages provided an opportunity for all to participate and plenty of additional entertainment for the crowd, while the evening entertainment went late into the evening with live music provided by John O’Dea and Jack Walton. The evening was supported by the PIRSA Assisting Drought Affected Communities Funding.